The strength of the pushback by some conservative bishops against what they fear the Family Synod will introduce changes in Church teaching on divorce and on sexual orientation is clear evidence of their fear that change is on the way. Their fear is well – founded, at least in the long term.  The synod itself was not called to change doctrine, but only pastoral practice – but pastoral practice will inevitably lead, in the long run, to changes in the teaching itself. 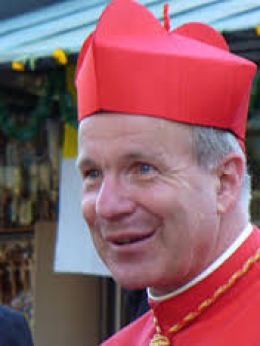 More than that, those insisting on rigid adherence to a set of rigid rules as laid down in the Catechism and Canon Law, completely misunderstand the nature of “doctrine” itself. In a recent interview with the Italian Jesuit publication Civita Cattolica, the eminent theologian Cardinal Christoph Schonborn was asked about this concern, in some quarters, that doctrine should be the main focus of the synod, and their fear that it could be undermined. His response was illuminating, and has great importance for LGBT Catholics (emphasis added):

Civita: According to some, however, the aim should be eminently doctrinal; some even fear for the doctrine.

Schonborn: The challenge Pope Francis puts to us is to believe that, with the courage that comes from simple proximity, from the everyday reality of the people, we will not turn away from doctrine. We not risk diluting its clarity by walking alongside people, because we ourselves are called to walk in faith. Doctrine is not, in the first instance, a series of abstract statements, but the light of the word of God demonstrated by apostolic witness to the heart of the Church and in the hearts of believers who walk in the world today. The clarity of the light of faith and its doctrinal development in each person is not in contradiction with the way that God works with ourselves, that we are often far from living fully the Gospel.

When people like Cardinal Burke speak about defending “doctrine”, they are in practice referring only to Vatican doctrine – which on matters of sex and gender, is more accurately described as Vatican gender ideology. They completely ignore the fact that throughout Church history, the fullness of Church teaching has come from the Church as a whole. When National Catholic Reporter wrote an editorial last year on the importance of talking about the ordination of women priests, they reminded us that in the Catholic Church, there is not just “a” magisterium, but three magisteriums: the magisterium of the Papacy, the magisterium of the bishops – and the magisterium of the people.

The idea of the sensus fideii, the “sense of the faithful”, has always been important in Church teaching – but has far too often been neglected.  But many important changes in church teaching over the centuries have in fact been led by the people, and not by the hierarchs of the Church. I have no doubt that the same will apply to matters of sex and gender.

For LGBT Catholics, who know that although diverging from sexual or gender majority norms we can still be faithful to the Gospels, and that our lives as openly gay or lesbian people are witnesses to simple honesty and integrity, these things matter.  If, as Schonborn says, doctrine is “the light of the word of God demonstrated by apostolic witness to the heart of the Church and in the hearts of believers”, it is important that we give that apostolic witness in all its fullness, in our own lives.

* The interview was published in Italian. The translation given here is my own, taken from a complete text I am preparing for publication at “The Queer Church Repository”.

4 thoughts on “Schonborn: “Doctrine is Not a Series of Abstract Statements””